By Roxanna Asgarian on November 5, 2010 in NEWS 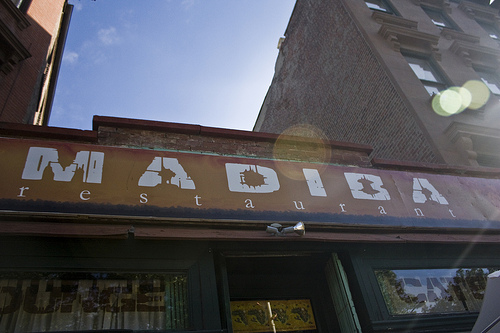 First published in The Local blog of the New York Times, November 5, 2010

Derrick Beard leans against the wall of the Job Center on Bed-Stuy’s DeKalb Avenue and lights a cigarette as he waits for his appointment inside.

A tall, lean man in a plaid shirt and tan Timberland boots, Mr. Beard is a trained carpenter who’s been out of work for eight months. He decided to enroll in cash assistance for the first time last month — before his savings account ran out.

He’s not alone. Unemployment in Brooklyn is 10.5 percent — compared to 8.3 percent for New York State and 9.5 percent for the city as a whole. During the recent election season, most gubernatorial candidates staked their campaigns on their ability to show New Yorkers how they will be able to bring this rate down.

Democratic Governor-elect Andrew Cuomo has come up with an emergency plan called “Jobs Now” — a short-term program to give a $3,000 tax credit to employers who hire unemployed people.

“It sounds good, but let me see it on paper,” Mr. Beard said. “You can campaign until you’re blue in the face, but when you actually do something, that’s when you show what you’re about.”

Most of the people who show up looking for jobs at Madiba Restaurant on DeKalb Avenue are currently unemployed, said owner Mark Henegan. He was intrigued to learn he might get a tax credit for hiring them.

“I haven’t hired new kitchen staff in about five years,” Mr. Henegan said. “But when I’m ready to hire another four or five waiters, for sure. Definitely.”

Gary Kon, who owns Outpost Café on Fulton Street, said he doesn’t consider whether or not a person is unemployed when he’s looking for someone to hire. He said he would consider such a tax credit a bonus.

“From a business perspective, you’re going to hire the best people for the job because it’s better for your business,” Mr. Kon said. “But it would come in handy at the end of the year, if the people we hired happened to fit the requirements.”

Cee Bush, of Ray’s Barber Shop on Myrtle, said he already tries to hire people who are unemployed, and he’s enthusiastic about the proposed credit.

“It sounds like a good idea, and it would help me out with the bills,” Mr. Bush said. “They’d pay me $3,000? You’re flattering me right now. You know I would do that in a heartbeat.”

The program, which would require employers to keep new hires on the job for at least one year, is the most immediate of multiple solutions Mr. Cuomo has outlined to lift the slumping economy.

As for Derrick Beard, he’s staying positive. He grinds the butt of his cigarette out with his boots, whose tan leather tops are decorated with ink drawings he did himself—a Yankees symbol, playing cards, flames. He smiles.

“I try and be optimistic; gotta hope for the best,” Mr. Beard said. “You can’t let it get to you. If you give up, then you’re really not going to find anything.”

The Week in Crime: Comic Book Capers and Traffic Fiasco
Moe’s to Close After Negotiations Falter